UPDATE: Ex-SKF has posted that the police took possession of the worker’s body right after the ambulance arrived.

Ryuichi Kino extracted some rather interesting information out of TEPCO at their recent press conference.

Both from the transcript of the press conference, translated by Ex-SKF

TEPCO provided no information why the worker was in TEPCO’s medical office for 2 hours after he collapsed in cardiopulmonary arrest. Why was the worker kept in the medical office for 2 hours rather than being immediately transported to a hospital for further attempts to save his life? The first worker that died of heat stroke/heart attack was delayed about 2 hours before he was taken to a hospital. After this incident TEPCO was told by the Labor Ministry to improve conditions and safety at the plant.

One worker told German media that their dosimeters would error out when they walked near the high radiation area at unit 1. There have also been many worker accounts of them doing things to make their dosimeter not read their real exposure level so they could continue working.

After Kino uncovered the news about the suspicious nature of the worker’s death he further pressed TEPCO. The police are possibly planning to do an autopsy after the hospital called them about the death. Kino presses TEPCO’s PR representative about why TEPCO lied about the worker’s death for 2 days…
Read the entire exchange between Kino and Matsumoto translated into English at Ex-SKF

Confirmation on the autopsy and related details forthcoming. 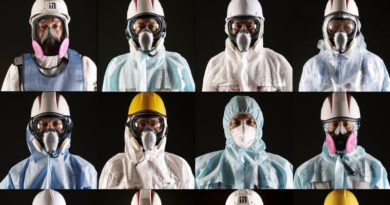