The unit 1-2 vent tower at Fukushima Daiichi is the most dangerous location on site outside of the reactor buildings. Even years later the radiation levels at the base of this tower are too high to go near without heavy shielding. The tower was discovered to have structural damage, a combination of rust, degradation and damage from the explosion of unit 1 back in 2011.

Work has been underway to cut down the tower, section by section.

The first section at the top of the vent tower was cut in late August. 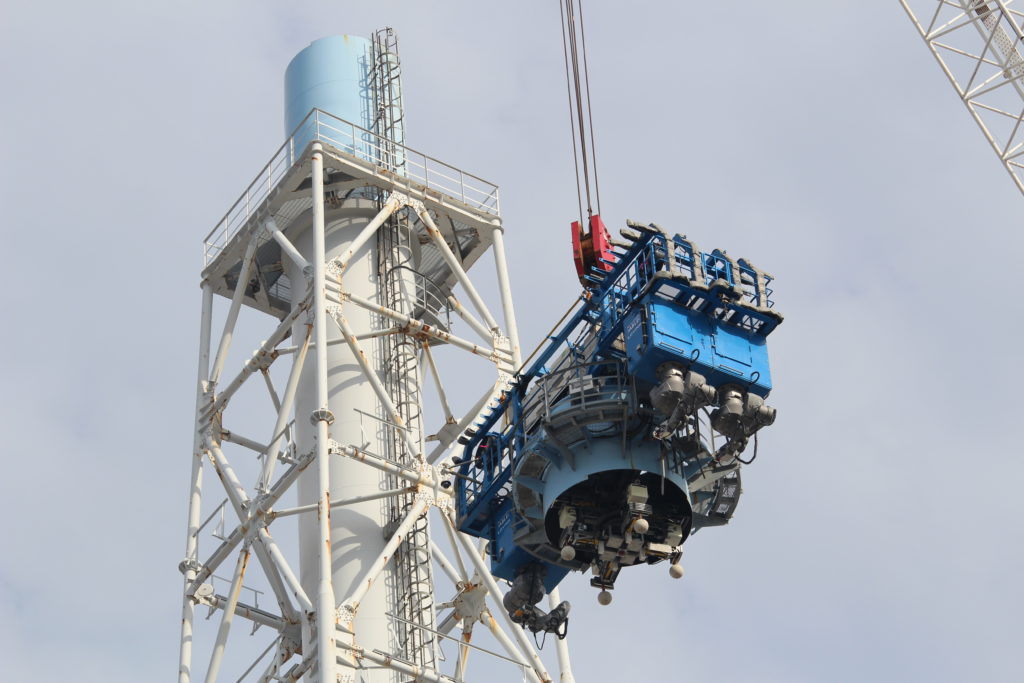 Around September 17th a problem with the wifi communications system was caused by water leaking into a wifi antenna on the cutting rig. 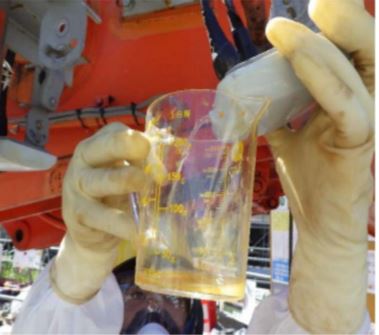 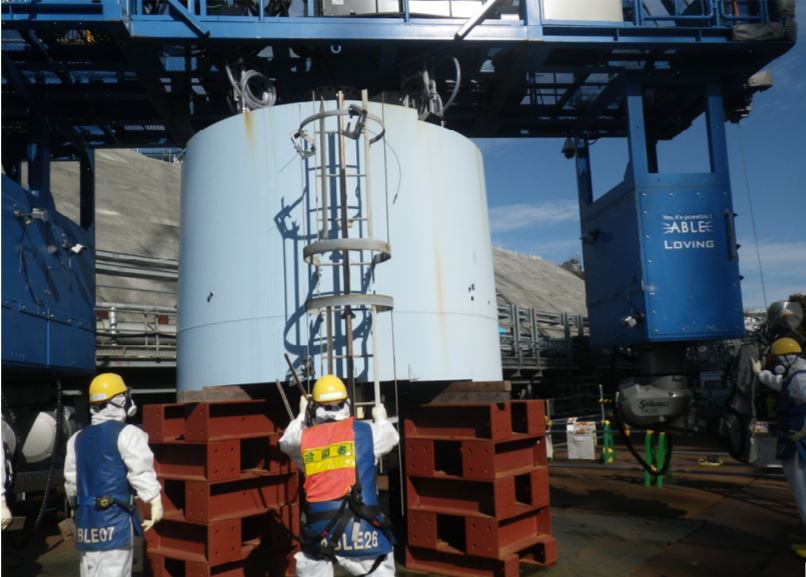 Around October 22nd the third vent pipe section was cut and removed. 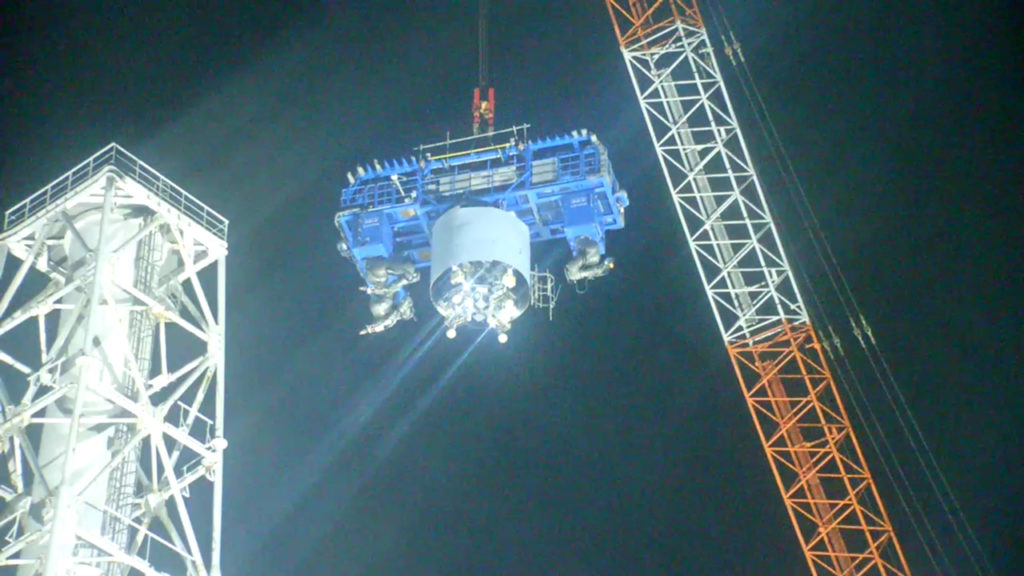 Dismantling of the 4th section of the vent tower began on October 27th.
Half of the vent tube was cut the first day. As workers prepared to cut the outer scaffolding a holding clamp failed and fell to the ground. The clamp landed at the base of the vent tower that is off limits due to high radiation. A replacement clamp was installed on the cutting rig from spare parts. 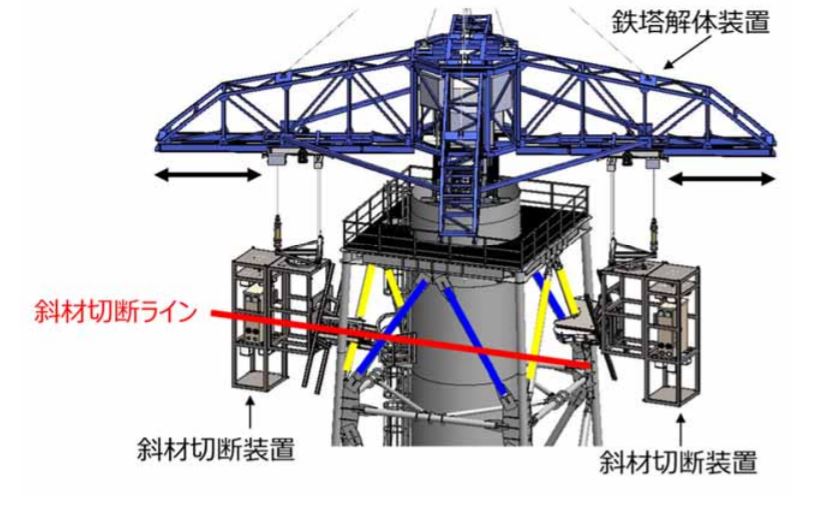 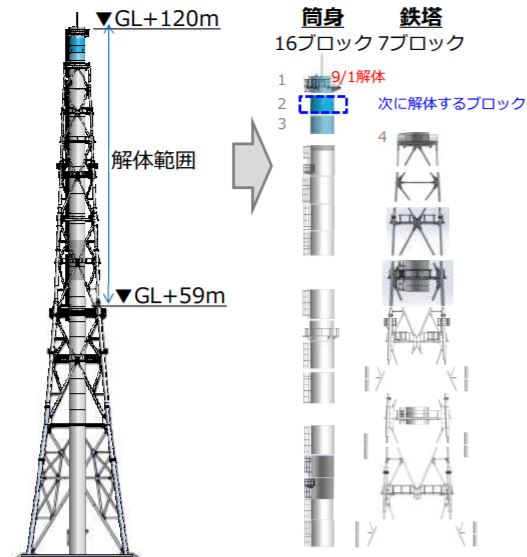 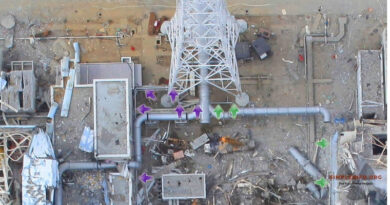