While there has been an almost hyper-focus on METI minister Yukio Edano related to the issue of reactor restarts and Japan’s energy policy, he is not the key player.
A list of politicians who are likely behind this out of touch government push has been slowly developing. Their comments on nuclear energy in Japan and the reactor restarts indicate they are likely behind this effort. We are looking into others. If you have some related political insight share in the comments or stop by the live chat and let us know.

DPJ’s Sengoku describes halt of all nuclear plants ‘mass suicide’
NAGOYA, April 16, Kyodo
Yoshito Sengoku, acting chief policymaker of the ruling Democratic Party of Japan, on Monday described the halting of all nuclear power plants in Japan as its ”mass suicide.” ”If we don’t think about what the economy and livelihood would be like in the event of (the nuclear plants’) halt, that would be, in a sense, something like the mass suicide of Japan,” Sengoku said in a speech. He is one of the core members of the ruling party deliberating over whether to approve reactivating nuclear plants. Sengoku’s comment is believed to reflect his stance as a promoter of the resumption of nuclear plants. But his comparing the impact on the economy and on peoples’ livelihoods of halting all nuclear plants to suicide caused controversy in political circles.

Mr. Sengoku is currently acting chairman of the Democratic Party of Japan’s Policy Research Committee. He has been involved in the cabinet deliberations on restarting reactors. Sengoku also made this remark after the Fukushima disaster on the issue of Hamaoka nuclear plant shutting down: “There is no need to worry about nuclear plants on the side of Japanese Sea or around Seto Inland Sea. That’s a very clear conclusion after scientific research. And we will stick to nuclear power on our energy strategy. ”  Sengoku is one of the key people pushing the reactor restarts. Yomiuri is reporting he traveled to Fukui with Edano and addressed local political party members in an effort to encourage them to support the restarts. “We have to make a political decision to pave the way to resuming [the two reactors’] operations.” 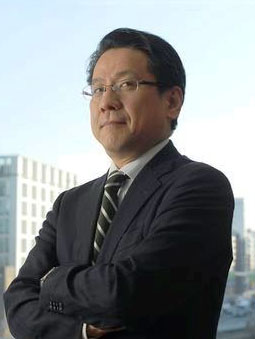 Tadashi Maeda:
There is no Wikipedia entry for Mr. Maeda. This Financial Times article from February 2011 explains quite clearly why Mr. Maeda is “advising” the government to push ahead with domestic and exported nuclear. Money. Maeda’s efforts before the disaster were to go to other countries and sell Japan’s expertise in things like rail and nuclear power. This included the Japan Bank for International Cooperation where Mr. Maeda heads the Corporate Planning Department. Maeda sells these nuclear projects in other countries and JBIC provides the financing in a government, industry, banking scheme where the three areas work together on these deals. These nuclear deals would bring huge profits to Japan’s nuclear companies and likely a decent profit back to the bank on the loans.

Mr. Maeda is also a special adviser to the Prime Minister’s office and according to Asahi Shimbun has a direct role in the decision on Japan’s nuclear policy. He made these statements earlier this year: “As it has become difficult to resume operations at nuclear power plants, the dependence on nuclear power will likely decrease in the future,” Maeda said. “What would replace nuclear power? The first option would be natural gas, which is comparatively clean. While renewable energy sources may be an option in the long term, to say that renewable energy will expand hugely over the next three to five years is nothing but nonsense.”
Maeda is clearly far from impartial, and more likely just a large conflict of interest to have him working on national nuclear policy. 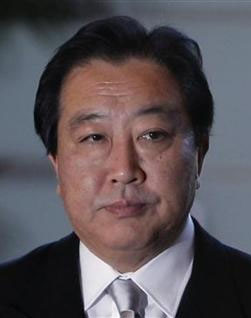 Noda is a career politician who previously headed up the Finance Ministry. As Finance Minister during the early days of the 3-11 disaster Noda made these comments according to Asahi Shimbun, translated by Ex-SKF: “It has been revealed that Yoshihiko Noda, then-Minister of Finance, worried about the rapid decline of TEPCO’s share price, said “I want you to refrain from saying things that may weaken (TEPCO)” during the meeting of the nuclear disaster response headquarters on the night of March 31, 2011.”

As Prime Minister Noda claimed he would continue Kan’s policy to end nuclear power in Japan. Then in January 2012 did an about face. Noda has also tried to dismiss efforts to pin responsibility for the nuclear disaster on anyone and ended government efforts out of the Prime Minister’s office to look at the issue. 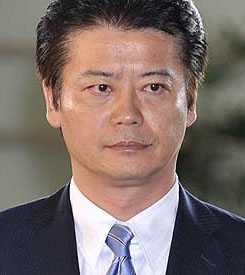 Another career politician, Gemba is minister of Foreign Affairs.  He was in charge of national strategy at the time of the 3-11 disaster. He made this rather odd public statement weeks after the disaster: “What’s most important right now is not to criticize TEPCO, but all of us Japanese to stand behind TEPCO and cheer for TEPCO.”

Gemba had been a key member of the group of inner cabinet members and advisers who were pushing the nuclear exports. Soon after the extent of the Fukushima nuclear disaster became clear Gemba toned down his statements about nuclear exports and Japanese nuclear policy. Gemba resides in Fukushima and feared alienating his constituents. Yet he pushed to move the official policy from nuclear power abolition to a possibility of long term phase out instead. He also resumed talks with India on nuclear power exports couching it in claims that they would be sharing knowledge and other forms of energy. So his change in rhetoric appears to be politically motivated to not alienate local voters needed for possible future reelection to the Diet.