Belgian nuclear regulator FANC and Electrobel (plant operator) have announced the two Belgian reactors (Doel 3 & Tihange 2) found with thousands of cracks in the reactor vessels will be restarted.

Both Bel V (a subsidiary of the Agency) and AIB Vinçotte (private company, agency inspection facilities) released reports questioning the safety of the units and serious concerns about the cracks. These two reports were barred from public view until a Green Party politician released copies on his website. Bel V urged additional testing including pressure testing of the reactor vessels. Electrobel claims the cracks are due to hydrogen in the steel fabricating process but Bel V points out that the cracks are only in the horizontal steel rings and not the connecting pieces, making the hydrogen explanation questionable. 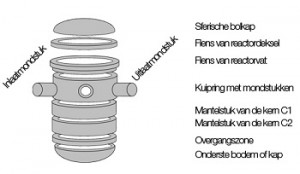 AIB Vincotte also raised concerns that more cracks could exist in places the ultrasound could not detect, causing more risks. Bel V made this comment (roughly translated)
“there is no validated procedure to evaluate defects or having the morphology and orientation of defects due to hydrogen or to assess thousands of defects such interactions with them, because such a situation has never been encountered (and accepted) in a component such as a reactor vessel which is excluded in principle break.”

AIB Vincotte suggests a restart with frequent checks for more damage,. Bel V disagreed with this statement.   (roughly translated)
“their presence does not comply with the highest level of quality required for a material used in a component whose failure” is unacceptable.”

This all is of course causing considerable concern, Greenpeace has threatened to sue. The Belgian government claims they can’t intervene between an independent regulator and the power company. The regulator declared that reactors could be restarted with full confidence and that the problems have been resolved satisfactorily. Green Party politicians are still trying to find a way to stop the restarts, now planned for around June.

Doel nuclear plant sits in a highly populated area with more than 9 million people within 47km of the plant. Tihange nuclear plant has had a series of problems and fires. The #2 unit that is the concern of the reactor vessel issue also has an erosion problem with the concrete containment.

These units were already under some heightened inspections looking for reactor head cracks in PWR (pressurized water reactors) in Belgium, the US and elsewhere. Earlier we reported that 10 US and 21 reactors worldwide were made by the same manufacturer (Rotterdam) and could have the same kinds of manufacturing flaws.  All four of Dominion Energy’s Virginia nuclear reactors were made by Rotterdam. No current comment or report could be found from the US NRC, they seem to have dropped the issue.

The full list of the US reactors known to have the same manufacturer can be found here. 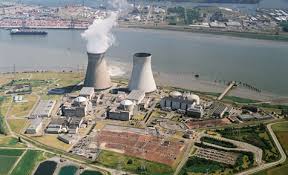 Regulator 99% Sure Cracks In Belgian Reactors Are Manufacturing Flaws