Greenpeace and TEPCO shareholders are poised to urge TEPCO to investigate the Fukushima disaster further and to sue GE, Toshiba & Hitachi for their part in the design failures of the reactors at Fukushima Daiichi. The design flaws of the GE Mark 1 have been known for decades. The three design companies played a role in how the reactors were to be built and the placement of critical equipment like emergency generators.

“Our campaign has forced TEPCO, operator of the plant, to say it will look more carefully at the causes of the disaster and the resulting damages, and the role the reactors from GE, Hitachi and Toshiba may have played.

TEPCO said this because Greenpeace Japan, together with a partner shareholder group, are pushing a resolution at TEPCO’s annual general meeting on 26 June to get the company to investigate the causes and damages, and examine ways to sue its suppliers. TEPCO said it doesn’t support the resolution because the information relates to business matters, but it will investigate the extent of damages and the causes.”

The flawed reactor design came from GE back in the 1960’s. Fukushima Daiichi’s first unit was built as a turnkey project by GE for TEPCO. This puts the design decisions for the reactor, systems, generator placement and the decision to site the plant at a low sea level in a known tsunami zone squarely on GE. Toshiba and Hitachi built later units at the plant using a slightly newer design of the Mark 1 reactor but with most of the same critical flaws.

TEPCO Only Wants 10% Of Serious Accident Manual Released To Public 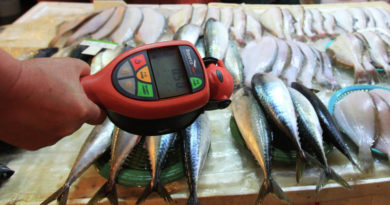