TEPCO announced over the last week that incidents of radiation contamination in ground water wells near the port are increasing. First it was rising tritium levels, then strontium, now cesium is also increasing.

Most of the increases were found near the area between units 1 and 2 by the water intakes. Now it is being reported that beta radiation has jumped in a groundwater testing well near the unit 3 intake. TEPCO admits they don’t know why these levels are increasing. The changes have been fairly abrupt, rising over days and have not been exactly in unison.

TEPCO recently began work on a larger sea wall. This may have been already scheduled work. TEPCO has yet to explain what prompted them to begin testing the groundwater near the port now over two years later. TEPCO did start work on the 7th to inject a solidifying agent into the 1-2 well. It is unclear if this work is impacting the changing radiation levels in the testing wells.

It is hard to predict what is happening with the groundwater increases being seen this last week. We do know that unit 2’s turbine building basement has considerably higher radiation than unit 1 or unit 3. Unit 1’s turbine building basement has relatively low levels yet Unit 1’s torus room has significantly high radiation and visible damage. Meanwhile unit 2’s torus room has low radiation and little damage. This creates a very confusing scenario that does not easily show a cause for the significant leaks to the sea port.

Unit 2 turbine building basement, one reading over 1000 mSv (1 sievert) as if they abandoned taking more readings. 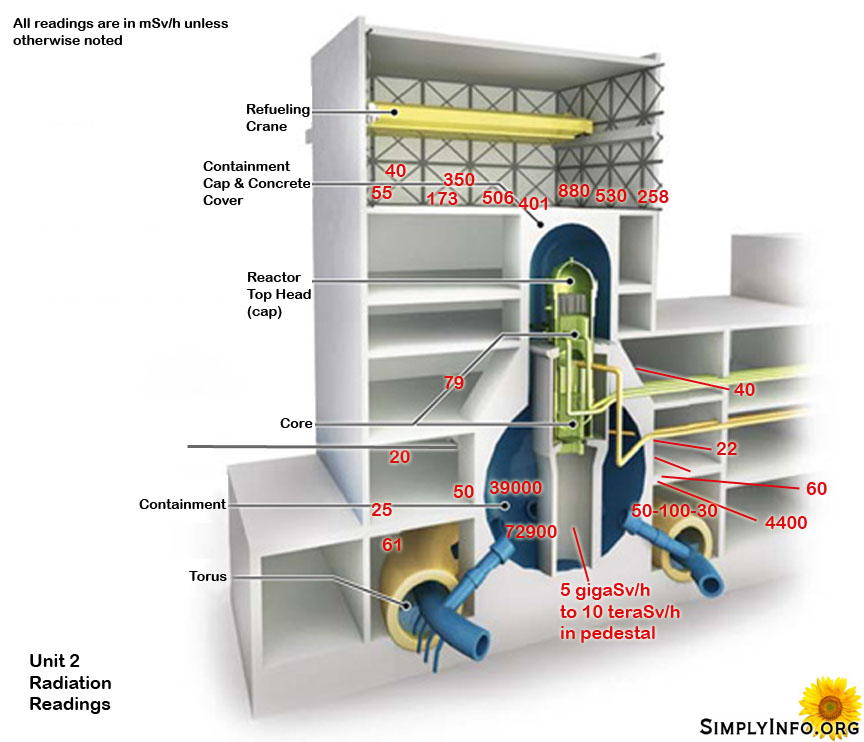 TEPCO admitted recently that they plan to remove all highly contaminated water from tunnels then seal the tunnels. They also plan to seal up unit 1’s torus room earlier than planned without any remediation or further investigation of that portion of the building. Even with all of this information it isn’t exactly clear what is going on right now at the plant.