NRA has begun work to consider BWR (boiling water reactors) for potential restarts. The initial push for restarts has focused on newer PWR units. All of the reactors involved in the Fukushima disaster at TEPCO’s two plants there were BWR units. The disaster proved a long list of design flaws and operational shortcomings that contributed to the disaster. This initial inspection process on BWR units is limited as seismic safety issues have yet to be addressed. This move will likely create considerable criticism since many of the root causes and damage outcomes from the Fukushima disaster are still not fully known.

In the same week NRA began considering BWR reactors for restarts, Japan’s nuclear power companies asked that 40 year life limits for reactors be reconsidered. They want the rule changed to allow longer running. The current requirement is to have a major inspection for aging issues after 40 years in order to obtain permission to operate past that date. This request would be a major roll back of safety rules and would go against what is the norm in other countries.

Japan’s power companies are set to spend over $19 billion USD to try to deal with safety deficits at their plants. These numbers did not include some anti-terrorism efforts and is 1.5 times the previous estimate.

TEPCO has finished removing highly contaminated water from the unit 2 trench. Work has been underway to fill the trench with concrete. Now they wait for NRA approval to do the same for unit 3.

24 Taiwanese companies have now been caught up in the Fukushima food falsification scandal. Authorities announced the extent of their findings last week. The companies involved could face serious fines for their misconduct.

Russia is sending a research team to check the Kuril Islands for Fukushima contamination. The team is made up of staff from Rosatom and Russia’s nuclear power institute so it may be a bit of the fox watching the hen house. 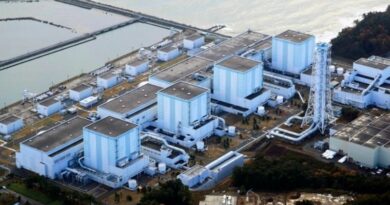