Junko Adichi writes part one. She talks of the early days of the crisis, the responses of both TEPCO and government agencies and how again and again actions were taken that ignored public safety.
(all articles have JP language version at the end of each article)
Part 1: Journalists’ responsibilities heavy in face of unprecedented crisis

Taku Nishikawa writes part two. He discusses the evacuation zones and MEXI radiation data. During the early days of the crisis only circular zones were established. Meanwhile concerning radiation levels were being found in certain areas and it was clear the radiation was not disbursing in a uniform way or staying isolated around the plant region. The Mainichi calculated and released data showing the cumulative doses in certain cities including Fukushima City that had a cumulative dose of 1770.7 microsieverts for March 14-21. As many of us outside Japan read this information back in March we had wondered why they were not evacuating Fukushima City. At the time, the Mainichi received criticism for publishing the information, in time they have been one of the early alarms to the extent of the crisis, similar to those individuals in Tokyo who were telling of radiation levels going up while being accused of trying to start panic.
Part 2: Journalists strived to get truth about nuclear fallout to public

Satoshi Kusakabe, Takayuki Hakamada and Akiyo Ichikawa take on part three. The workers and their radiation exposure. This has been an ongoing problem and one that will have consequences for decades. Workers actual radiation levels have been frequently not recorded or otherwise altered. The employers claim in order to allow the worker to continue to work, failing to mention that this action aids them in later denying workers owed compensation for injuries and illness caused by their actual exposures working at the plant.
Part 3: Journalists keep close eye on Fukushima nuclear worker radiation exposure

We will post the remaining portions of the series as they are published. 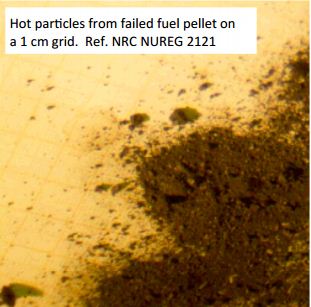