Conclusion:
Other changes were noted along with the radiation increases including temperature and pressure changes at various reactors. These did not have the clear constant pattern that the unit 1 drywell radiation did.   The conclusion on the radiation Drywell B spikes at unit 1 are that corium forms a crust as it cools. Our conclusion is something that has not been covered by any known analysis for post core meltdown accidents. Significant earthquakes or major after shocks cause the crust formed over the corium to break open and release radiation which were then sensed by the radiation monitors.

Reactor data graphs
The work on unit 1 reactor anomalies was heavily contributed to by SimplyInfo member “Edano”  who also created our reactor data graph program.
Many members of fukuleaks.org/web have contributed to the research on this issue and many others, their efforts are critical to the finish results presented here.

Unit 1 Rapid Meltdown Issues:
We have looked into the issue surrounding unit 1’s rapid meltdown at length. Unit 1’s core became uncovered (without water) after only 17 minutes where units 2 and 3 took 337 minutes and 315 minutes respectively. What issues went into unit 1’s rapid and unique demise may go back to it’s older design and human intervention that inadvertently made things worse.

Simplyinfo member Peter Melzer points out this from a report to the IAEA regarding the IC system at unit 1 after the earthquake occurred the reactor scrammed:
(MSIV= Main Steam Isolation Valve)
“The shutoff of the MSIV [rapidly] increased the RPV pressure, and at 14:52 the IC automatically started up. Next, in accordance with the operating manual for the IC, at 15:03 the IC was manually shut down. The manual notes that the temperature decrease rate for the RPV should be adjusted to not exceed 55 °C/h. Moreover, the reactor pressure varied three times between 15:10 and 15:30, and TEPCO performed manual operations using only the A-system of the IC. Note that when the IC is operated, the steam is condensed and cooled, and is returned into the reactor as cold water through the reactor recirculation system. The records of the temperatures at the entrance to the reactor recirculation pump show three drops in temperature, so this is assumed to be the effects of the manual operation of the IC.”

Workers manually shut off the IC system to prevent rapid cooling that could have damaged the aging reactor vessel. After the tsunami hit and more power sources were lost workers were unable to restart the IC system at unit 1 leaving it with no cooling system. During the time the IC was operating it did lower temperatures in the reactor properly. Workers likely did not anticipate losing all power and not being able to turn the IC back on when they decided to shut down the system.

It was later revealed that TEPCO’s emergency manuals were lacking. Mainichi reviewed the manuals and made this statement:
The manual revealed the fact that there was no operational manual that envisioned a loss of all power sources needed to activate emergency condensers and back-up water injection devices to cool down nuclear reactors. The revelation highlights flaws in TEPCO’s contingency plan in the event of a loss of power sources.

At a point within all of these events as all power and cooling were lost, fuel at unit 1 began to be uncovered as water levels dropped. This was when the melt down process began. In less than one hour fuel melt began at unit 1. In less than 2.5 hours fuel would have slumped to the bottom of the reactor. Differences at unit 1 show a rapid melt down that did not happen at units 2 and 3. Reports indicated that diesel generators only lasted 19 minutes post quake at unit 1.
Note:  Initial Condition Assumed at Reactor SCRAM + 10 minutes to Station Blackout
All times are in minutes.
SCRAM = Emergency shut down of a nuclear reactor.
HPCI =  High Pressure Coolant Injection
RCIC = Reactor Core Isolation Cooling
SORV = Safety Operated Relief Valve

Some of the actions at Fukushima Daiichi unit 1 have become clear. Many others remain to be discovered and could shed new light on the early hours of the accident.
“Data from the first moments and hour following the EQ has not been forthcoming from TEPCO.  Some data released over 2 months later has shown recorder chart paper which had clearly been cut and put together (due to obvious different chart paper scales). In addition, released parameters for the plant changed/or did not give a complete enough picture as to what the extent of the transient condition was. Consideration must be given to the operators of  plants who were very definitely trying to respond to a barrage of alarms, failures, annunciations flooding the control panels, computer failures etc.. The magnitude of this accident, similar to other major accidents like Chernobyl in Russia or Browns Ferry in the USA  is not something that is trained for nor accurately modeled.  The result led to the operators trying to regain control and prevent a multitude of failures from happening with no written procedure(s).”

This companion presentation is compiled heavily from the previously published works by members Dean Wilke and Peter Melzer.
Many members of fukuleaks.org/web have contributed to the research on this issue and many others, their efforts are critical to the finish results presented here.
Dean’s analysis on “Fukushima First Hours.”
Peter’s write up “Fukushima: Failure of the Mind.”

Unit 1 Ground Fissure:
In reviewing early images of the Fukushima Daiichi nuclear disaster, SimplyInfo member Elaine Kirk discovered two images of unit 1 that showed a discrepancy. One image showed a very large ground fissure leading up to the unit 1 building. A later image showing the same area filled in with gravel and sand. 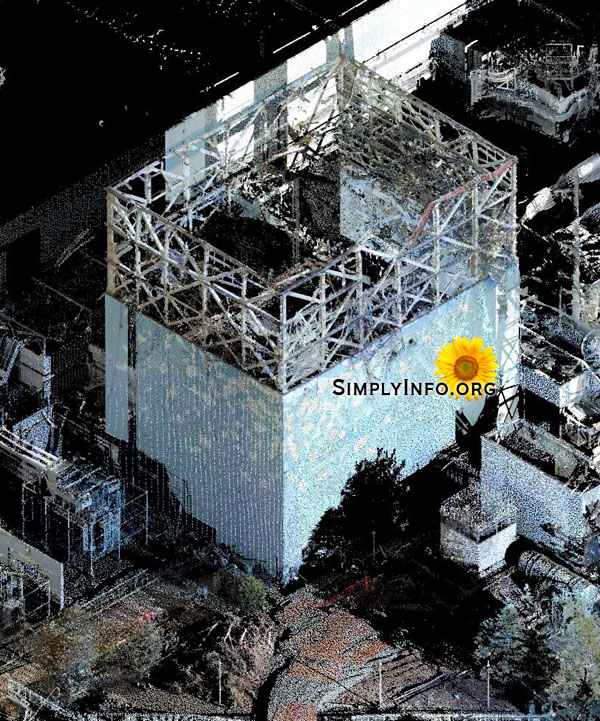 Image from TEPCO, the strange lines in the image are apparently some sort of laser survey. The fissure is clear leading up to the building. 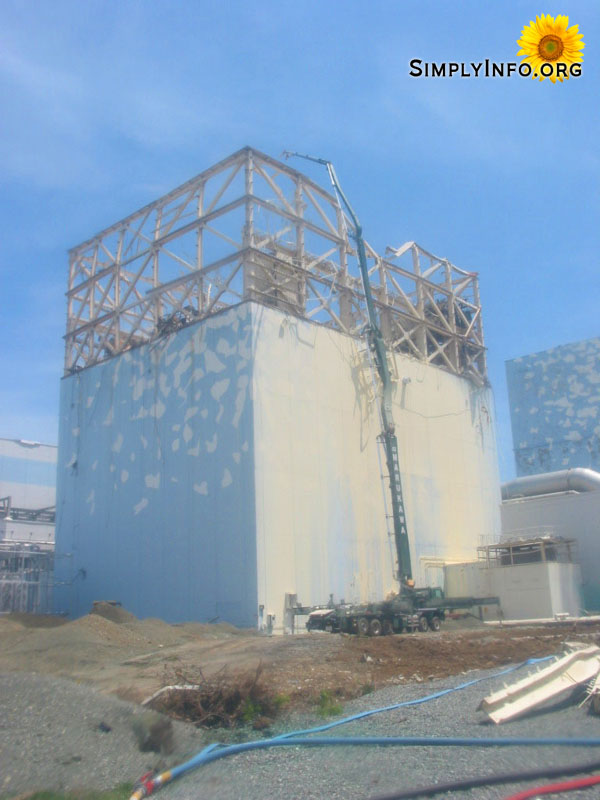 A later image showing the same area cleared and filled in with gravel.
The original article about the fissure.