A set of correspondence from the nonukes’yall email list (copied at end of the article)  cites much larger and more devastating flood damage at the Ft. Calhoun nuclear plant in Nebraska.

According to the emails NRC officials admitted after the meeting that there were leaks into the power plant and reactor building from the flooding that surrounded it for months.
Underground leaks occurred into the plant itself and ” the water coming in could have risen to the level where it would have started to short electrical panels”
This alone could have turned the flooding into a full blown disaster where the cooling systems at the plant would be inoperable and could have knocked out monitoring capability. The plant already had a fire that knocked out both the primary and back up system for cooling the spent fuel pool during the disaster. People following the disaster cited seeing large pumps pulling water out of the supposedly protected areas of the plant. Ft. Calhoun’s flood plan was sandbags piled up and a short lived rubber water dam that was lost when a piece of equipment punctured it. This clearly wasn’t enough to actually protect the plant.

The even larger revelation is that there could be extensive underground damage at the plant. A second geo-engineering company has been brought in to investigate the plant, due to NRC concerns about the “effects of soil liquification on the plant’s foundation and on the buried piping“. If this is accurate the NRC has been outright lying to the public for almost a year. They have cited staffing issues and problems with personnel adhering to rules as the reason for the extensive outage and inspection. It appears the NRC has far graver concerns for the safety of Ft. Calhoun but didn’t deem it necessary to inform the public.

Both issues are considerable problems for the plant that is already running out of money. OPPD late last year was trying to get FEMA to give them money for repairs and outage costs. Foundation and underground piping issues would be vital to plant safety and quite expensive to repair if they even could be repaired. The knowledge that there was extensive flooding going on inside the reactor buildings and the NRC decided to not disclose this to the public is shocking even for the NRC.  The NRC needs to conclusively affirm or deny these larger technical issues at the plant and come clean to the public.

Update: Enformable has some additional information on the meeting including the disconnect between the NRC and what the public wanted to discuss. There was also only 30 minutes for the public to ask questions. They had to put questions on a card ahead of time.  The other account below says that a facilitator controlled the public questions portion of the meeting.

Your suspicions were right! Flood water leaked into the Ft.Calhoun nuke plant during last summer’s flood through conduit and pipe penetrations. After I asked about these kinds of leaks many times over the last 10 months, I got nothing but denial after denial of their existence from both OPPD and the NRC.
Last night in the parking lot after the NRC’s public meeting in Blair, NE, 2 NRC officials admitted that there were these types of underground leaks into the plant. While they are still denying that any water entered the containment structure, they said that they were very concerned that the water coming in could have risen to the level where it would have started to short electrical panels.
I still remember the pictures and videos from last summer that showed one or more large pumps right next to the plant discharging water with the suction hose going back into the building. Now I guess we know where that water came from.
In this same parking lot conversation, the NRC officials gave us more information about how a second geo-tech engineering company has been hired,after the first firm finished, because the NRC still has concerns about the effects of soil liquification on the plant’s foundation and on the buried piping.
I’ll soon be posting a link to some news video of the NRC meeting from last night.
Mike
Omaha

link from Mike Below is a link to a news video about last night’s NRC meeting in Blair,NE. There were about 200 of us there (including OPPD employees and NRC folks). The public comment session was run by a “facilitator” who attempted to stifle questions and comments. I received a letter of apology from him this morning, which I don’t plan to answer.

The real news came after the meeting which I outlined in my earlier email to Paul Gunter and posted here.
Cathy Bodammer in the video is not quite the average interested citizen. She is the former long-time executive secretary for the OPPD board.
http://www.ketv.com/news/30835555/detail.html?treets=oma&tid=26511230317813&tml=oma_7am&tmi=oma_7am_1_08300104052012&ts=H
Mike
Omaha 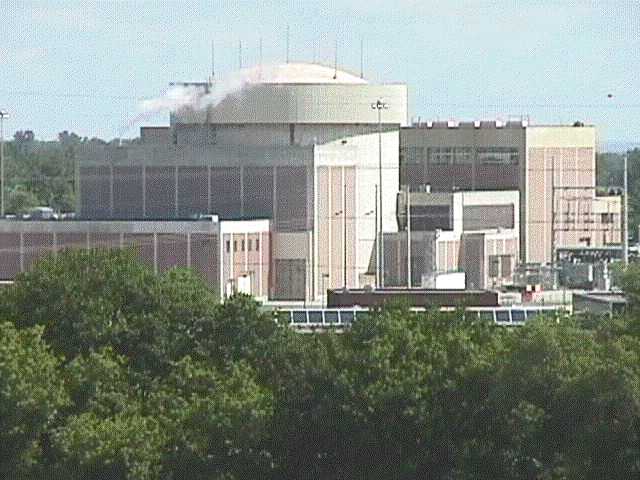