The moment someone mentions shutting down a nuclear plant anywhere in the world the response it that it will cause blackouts. Germany was not immune to this claim by critics. Yet as the renewable energy push increases they have found their power grid became more stable rather than seeing blackouts.

After Germany shut down 8 of their 17 nuclear plants they found their grid stability actually improved and was above average compared to every year since they began documenting the issue.

Part of this improvement may be helped by changes in their power grid. Germany made changes that took the power grid out of the hands of four big companies. The grid is now being bought back by cities and regional authorities who originally owned the power grid but had sold it off to big power companies over the years. This put more entities and more of the people back in control of the power grid. Most wind farms in Germany are also owned by smaller companies or regional authorities. This has helped to decentralise power production and encourage competition.

A recent interview with one of the chairs of the German Green Party he compares the criticism of Germany for phasing out nuclear power to those who resisted the steam engine and the industrial revolution. He cites the case of Siemens, the German company ended their nuclear division to focus on renewable technology. Siemens did this because they saw it to be a profitable move. As Germany reaches their own landmarks in energy change they now look at export markets. German industry as a whole is now reaping the benefits of the energy change push. The early adoption has put their companies in a position to advise other countries who are now trying to catch up with energy change. 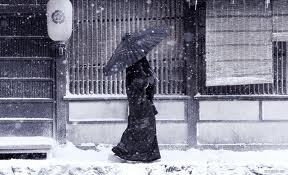 Irony; US Nuclear Bomb Plant To Be Wind Powered