This week a worker attempted to cut a plastic conduit pipe with a hand saw assuming it was empty. To his surprise (and luckily not his shock) the conduit contained a live high power electric line. Miss-communication from management to workers and insufficient pre-work inspection lead to the worker being told to cut the conduit with the active line. A system with lights indicates where power lines are activated. The light for that line was off incorrectly informing the worker of the status of that line. This mistake could have been deadly.

Workers at the plant have frequently complained about the lack of enough current staff and the impending problems of not being able to attract new workers. Nuclear workers from other plants generally do not want to go work at Daiichi’s hazardous conditions. The working conditions at the plant have been well publicized. Workers sent out without dosimeters, told to fake their exposure readings and being pressured to go into situations even when the risk level changed. Workers fought for months without safety buildings they could go to in order to cool down, rest or go to the bathroom. Proper equipment has also been in short supply and only provided after someone died or the news media pushed the issue. It is no wonder workers are not lining up to go work at the plant.

TEPCO has no clear plan to attract more workers yet considerable work is ahead for the next 40 years to control and dismantle the plant. TEPCO still has not made any effort to locate the melted fuel from units 1 – 3. After Chernobyl efforts were made to find the remaining melted fuel within the first year of the disaster and succeeded even with 1980’s technology.

The long term plan involves flooding the containment of units 1-3 under the assumption the melted fuel is still in the reactor vessel or containment vessel. Even this scenario will prove quite difficult as the containment vessels were not designed to hold water. Doing so may fail the containment structures or increase the damage from an earthquake. Workers have cited that much of the work that will be needed over the next 5 years needs human intervention. Even the new robots being designed for the plant won’t be capable of many of the complex tasks.

The new steel cover for unit 3 has caused some to speculate they intend to do less to dismantle the building and consider it to be a sarcophagus similar to one installed at Chernobyl.

The new nuclear watchdog in Japan has expressed concerns about the current culture at TEPCO and indicates it is still posing a public safety risk. They called a private meeting with the head of TEPCO to discuss these issues.

The long term work needed at the plant will pose many challenges. On top of the work ahead that still has high risks for a second accident, the government has been pushing to send people back to places in the evacuation zone. Having a population living a few km from the plant puts all those people at risk, not just from the radiation in the area but any potential new releases or events. 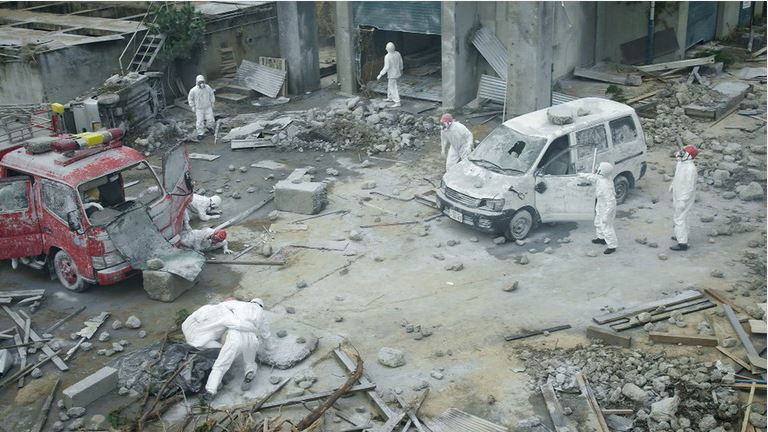 Fukushima Documentary; 88 Hours Inside The Disaster