Friends of the Earth and the San Diego City Council held an almost 4 hour press conference with a number of notable people experienced in dealing with nuclear issues. Of course the most prominent were former PM Kan and former US NRC Chairman Jaczko.

The issues at the San Onofre nuclear plant have been extremely contentious in California as 8 million people live within 50 miles of the plant. FOE mentions that the Port of Los Angeles, probably the most critical US port, is within that zone. Some of the more interesting quotes and statements from the conference are below with comments and a rough synopsis of Kan’s full speech are at the end of the article.

Former NRC chairman Peter Bradford who was in office during the Three Mile Island disaster shared these thoughts:

Economics are the real pressure on nuclear plants, not disasters like TMI or Fukushima.

Embarrassed to put TMI forward on the same panel as Fukushima. Little comparison in the severity of 2 accidents.

Confounding factors for the post TMI decline of nuclear power

What caused the “Nuclear Renaissance”

Some statements made as answers to various questions asked:

Kan- The economic merits of nuclear power are merits for the electric company, not for the people. Costs for nuclear power do not include the costs of nuclear waste when looking at the economic merit. This is not figured into their cost analysis.
A Japanese reporter asked Kan some very tough questions that Kan appeared to struggle with an answer. He attempted to answer one, about the differences between the US 50 mile evacuation advisory and the Japanese evacuation zones. Kan’s answer rambled but blamed information they received, deliberation with other experts in government. He insisted they didn’t hide anything and used SPEEDI as part of the decision process. Both the translation and Kan’s comments were a bit convoluted. It was clear from his questioning and the questions asked from a local resident with ties to Japan that there are still many unanswered questions about the disaster and anger over the issues and lack of answers.

Jaczko – It was shocking the US took no action at US plants after Fukushima. The halt on reactor licensing was urged but met with no willingness by others in the NRC to discuss and Congress plays role in making sure nothing changed.

Jaczko – If San Onofre can safely restart, the burden of proof is on So Cal Edison. The initial computer models for the steam generators were wrong, there is no confidence in their ability to model how the plant may operate or fail now.

Bradford – All of Fukushima Daiichi was designed in US including land elevation. Unit 1 was a turnkey project by the US. Lucky the accident at Fukushima was during the day when more people were on site. At night only 100 would be on site and others couldn’t get there due to the damage. 24 of 37 diesel generators at Japan’s east coast nuclear plants failed due to the tsunami.

When asked what the panel would do if they were on the ground with their family during a nuclear accident these were the two responses given:
Bradford; – Would look at wind/weather and get further away.
Kan – If I was not PM I would want correct information from my government. First premise is to be able to follow what authorities advise.
What was maybe even more interesting than the rest of the meeting was an elderly man who used the microphone to make a statement instead of asking a question. He recited a very long list of his career (now retired) in the nuclear field as an engineer that included many notable achievements and projects. He said the statements by the panel were a “waterfall moment” (he may have meant watershed moment) for him and that he now completely opposes nuclear power.

Below is a rough translation/synopsis of Kan’s opening remarks. Between the translation and transcription it is not exact but attempted to be as close and accurate to his full words as possible.

Kan: The events after March 2011. First word after the quake was the plant went offline safely. 1 hour later totally different information and it was not looking good. After that we heard all cooling systems were failing. What are we going to do?

No way to cool them without power. As time goes by gets worse and worse, heat build up. Biggest problem, the steam evaporates. Unit 1 began to melt down. TMI we know now they were able to stop before a complete meltdown, we were unable to do this at Fukushima.

The containment vessel is 20cm thick and (fuel) began melting through it slowly. In continuing the process there is 2m containment vessel that began to leak. If you had a complete breach of the containment vessel no one can come close to contain it. We started adding water onto the melted fuel from various areas. 2 years later we are still in the same situation, trying to keep the fuel cool in reactor 1.

Radiation exposure is so terrible they would be killed in 2 minutes in this area(unit 1 reactor). 24hrs later hydrogen explosion at reactor one.  March 14th reactor 3 hydrogen explosion. March 15 warning “nothing we can do we want to evacuate” from TEPCO. If you did that it would spiral out of hand. There was no way I could allow.

There are 6 reactors at Daiichi with 7 SFP (spent fuel pools). 12km away is Daini and those have 4 reactors and SFP. What he thought was if Fukushima with 10 reactors and 11 SFP it would magnify the terrible exposures 10-20 times of Chernobyl. In this case it would be necessary to evacuate all of Tokyo. He consulted with NSC, what to do. Worst case scenario 190 mile evacuation including Tokyo. If this were to happen only 500,000 people would be left. At the current time 160,000 are evacuated in Fukushima. As a result people had to flee job, family spread around country, very lives completely disrupted and turned upside down.

If 50 million had to evacuate it would have been terrible. Evacuating hospitals and schools would have been hard. At the same time over a longer time would have impacted all of Japan. Until March 11, 2011 I thought carefully on the safety of nuclear power. After Fukushima my whole mindset about nuclear power has changed 180 degrees. If an airplane crashes I look at the losses from the crash. However in an accident such as this nuclear accident where 40% of the population leaves it impacts 1/3 of the area. Worse than a falling plane or a war. He began to think there is one way to 100% deal with the risk and destruction. The most important thing is we need a society with no nuclear power.

This is very possible. After the accident it was very important to begin to implement renewables, (solar, biomass, wind). Before the accident aside from hydro energy there was only 1% were renewable. In the 6 months since the system of implementing reneweables has been in place we have been able to harness 2 nuclear reactors worth of solar power. There is a big plan right now to implement wind in the ocean floating in Fukushima in process. We are beginning to see economically they make more sense. We can see a good example in Germany. Germany has decided to phase out nuclear power by 2022. The goal in Germany by 2050 no fossil fuel energy generation. Germany on the road to get rid of nuclear power however the economics pose questions.

What I believe in leaving this cost (of nuclear/daiichi) to our children is rediculious. The causes for the accident at Fukushima.. Most of the cause lies in what happened before March 2011. The actual facility is built on a 35m cliff above sea level. 10m above this we took soil and replaced it and this is where the plant was built. The idea that a tsunami would not come above this was the thinking of the time. However in the same area there were many tsunamis in history hundreds of years ago that tsunamis that large did occurr.

If we have this info why did we build there? It is all about economics and being closer to the ocean easier to get water to the plant. Decisions based on cost. In the US we had 9-11 disaster as a result there were programs implemented to deal with terrorism. The same information came in to the Japanese safety agency to decide what to do. The politicians took information with grain of salt and didn’t see terrorism as a problem in Japan. In my opinion if we implemented safety for terrorism or tsunami we wouldn’t be in position we are today. The foundations of my thinking. How does mankind in manipulating nuclear how can we coexist with this nuclear energy. In the natural world plutonium does not exist. The substance of plutonium 70 or 80 years of dealing with this. Mankind is dealing with the resources we have and be able to adapt to natural resources. The possibility of the radioactivity becoming more and more and can we adapt to this. Without oxygen we need to look at the history of organisms that can live without oxygen. In the 45 million year history of the earth, the only that adapted to the environment over years. Because of plutonium and recent, we can’t coexist with it. Not just plutonium but radioactive cesium puts our adaptability in a new realm (exposure & contamination).

We return to the basic premise with mankind manipulating our environment and will we be able to survive. When I was young I heard lots of important thoughts from Prometheus from my father. What we learn from this is the people that don’t understand about fire are teaching about fire. The fire is the symbol of wisdom. So Prometheus taught this wisdom to Zeus. Zeus said to Prometheus it can bring us happiness but you may have some problems. Prometheus was banned to suffer for eternity. What we have done is we created and adapted on the premise of convenience. At the same time we created terrible weapons and destruction. Why did I become a poilitian I wanted to be able to control nuclear power. Unfortunately I learned it is impossible to control it through the Fukushima accident.

Between US and Japan presently the creation of new nuclear power is stopped. There are other countries outside US & Japan who think nuclear is the answer. India, Turkey, Vietnam. Japan with the help of US are working to export nuclear power via various makers. Even I was among those promoting what I thought was the safest. I am terribly embarrassed by this. What I believe now is we need to look at the future of these countries if there was an accident. We need to promote renewable energy to these countries.

The most important part is to create a network/conversation to discuss doubts about nuclear and risk and the financial costs that are ongoing. Request from activists in Taiwan fighting construction of 3rd reactor, he has been invited to go there and speak. It is groups like this, this kind of conversation we should all expect and provide around the world. 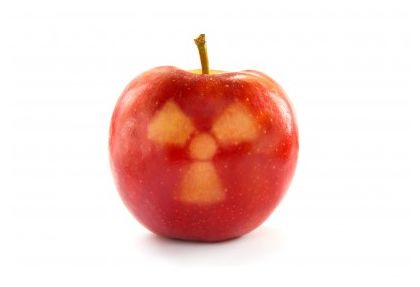 Radiophobia, A New Game Of Blame The Victim 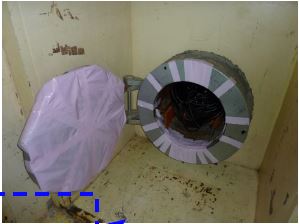