Honda’s new robot that was sent to Fukushima Daiichi could drastically improve inspection of the damaged reactors. The new robot has a long arm with 11 joints can extend up to 23 feet. The robot needs to be operated by a long fiber optic cable but has the potential to “see” into areas currently off limits to workers and current technology. http://www.gizmag.com/honda-aist-high-access-survey-robot-nuclear-plant/28063/

The Japanese government and the US Dept of Energy have created an agreement to work on technology to identify the amounts of uranium & plutonium in the melted fuel at Fukushima Daiichi. None of this involves actually finding and retrieving it, the important part. But when they do they will be able to tell the IAEA where it all is for non-proliferation inventory purposes. http://www.globalpost.com/dispatch/news/kyodo-news-international/130629/japan-us-eye-technology-measure-melted-fuel-fukushima-

The governor of Niigata is coming out clearly against the restart of the Kashiwazaki Kariwa nuclear reactors. The units owned by TEPCO are part of a government plan to keep the failing power company afloat so it doesn’t continue to devour government funds. The governor points out a number of flaws in the current safety plans and the lack of understanding as the Fukushima Daiichi disaster is still not fully understood. http://mainichi.jp/english/english/newsselect/news/20130629p2a00m0na016000c.html

Japan’s government complained to the WTO that China, Hong Kong and Taiwan won’t allow food imports. In some very weird twisted language the government insists they be allowed to sell contaminated food to these countries because it is under their arbitrary 100 bq/kg sale limit. http://ex-skf.blogspot.jp/2013/06/at-wto-japan-demands-china-hong-kong.html

Ryuichi Kino has been fighting tirelessly since 2011 to get the facts of the Fukushima Disaster made public. This interview looks at why and the larger legal effort to do so in Japan. http://www.japantimes.co.jp/news/2013/06/26/national/fight-to-get-tepco-state-to-come-clean-lives-on/#.UdBR0zuLZu7

The Asia Sentinel goes in depth on Japanese politics, the parties and the upcoming election. A great read if you are trying to understand what is going on, the history and implications for the July election. http://asiasentinel.com/index.php?option=com_content&task=view&id=5528&Itemid=176

The director of the Asahi Shimbun editorial board takes a big swipe at the LDP and points out how the upcoming election and the government are ignoring the more important issues in Japan. http://ajw.asahi.com/article/views/opinion/AJ201306290066

After the 2011 disaster some British companies took to direct aid to help people recover. http://www.japantimes.co.jp/news/2013/06/29/business/u-k-firms-find-new-ways-to-mutually-help-tohoku/#.UdBRuDuLZu7 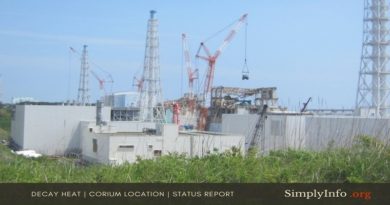