In an exchange that was shocking even for all we have seen in the 2+ years since the disaster, the government showed exactly how callous they are towards Fukushima evacuees.

The residents of Tamura are being pushed to move home. Most people have not received any sort of final compensation so the only option most are being given is to eventually move back home to the evacuation zone. Temporary compensation and housing have been extended but are not expected to be that way forever.

Government efforts to decontaminate the town have failed. Radiation levels were lowered to  0.32 and 0.54 in most areas but the government goal is .23 uSv/h to meet the international standard of 1 mSv/year. The government representatives tried to argue the point claiming incorrectly that the government goal of 1 mSv/year was only for those being outside 8 hours a day. The UN Human Rights Committee has already chided Japan for their creative re-interpretation of international safety guidelines.

The government is refusing to either do any additional decontamination work or declare the town not inhabitable and compensate the residents. Instead they told them to move home and that they would be given dosimeters to record their radiation exposure. The official statement as quoted in the Asahi Shimbun who obtained a video of the meeting “We will offer you a new-type dosimeter because we want you to check your exposure to radiation by yourselves,”

The government wants to send people back to the town by August. The official at the meeting confirmed that the dosimeters plan was agreed upon at an agency meeting. When the Asahi Shimbun contacted them the agency denied it.

Decontamination costs are showing to be considerable and the outcomes are proving it isn’t working in many cases yet the government is pressuring people to return to living in these unsafe areas. Relocation isn’t even being discussed as an option.

TEPCO; 171 Past Due Inspections The Month Before The Disaster 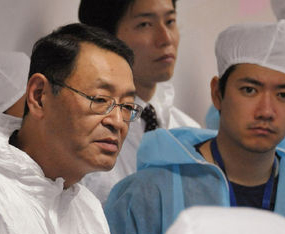