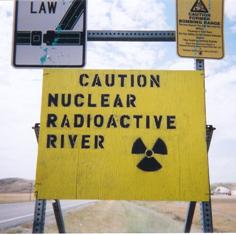 TEPCO announced this week that they wanted to begin pumping up water from the sub drains near the reactor buildings. This comes as they were also admitting the efforts to freeze the trench were not going well. TEPCO’s plan would included decontaminating this water before dumping it into the sea.

The disaster site has struggled with water decontamination for years and just announced recently that they think they finally have the ALPS decontamination system operational. None of this includes a way to remove the considerable amounts of tritium in contaminated water at the plant.

Any effort to pump out the sub drains would require approval by the NRA and an agreement with the local fishing groups.

Meanwhile the NRA has blasted TEPCO for their inability to deal with the trench of highly radioactive water. TEPCO has focused too much on more trivial problems at the plant and not put enough effort into bigger problems like the trench. As NRA head Tanaka points out, a tsunami could easily drag that trench water out to sea or spread it further over land.

What TEPCO has not said is why this sub drain water removal plan is actually needed. Groundwater bypass hasn’t had the hoped impact as TEPCO chose to use the small system near the reactors rather than installing the large bypass system around the plant grounds as IRID suggested. The sub drain pumping might remove some groundwater but it could also draw highly contaminated water out of the reactor buildings.

The lack of a clear understanding of where the corium for the three reactors is located along with not knowing the exact leak routes of contaminated water out of the plant is hindering any effective response effort.

Worker Who Fell Into Tank At Fukushima Daiichi Has Died.

Anomalies at Fukushima Daiichi Tied To Recent Quakes, Concerns About Fuel and Buildings