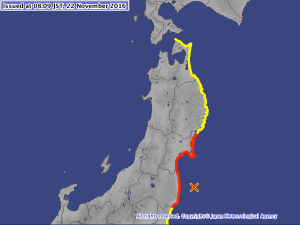 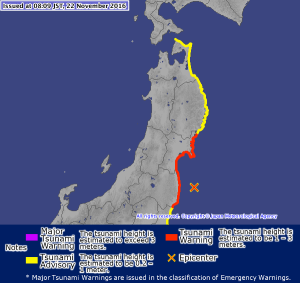 Update 5:
JMA says there could be additional strong quakes. This quake is an aftershock of the 2011 quake

Members of our research team spotted standing water among the contaminated water storage tanks on the NHK video feed taken by helicopter flying over the plant. We are continuing to investigate if this is rainwater or if there are leaking tanks

Update 3:
NHK has a live helicopter feeding footage of Daiichi and Daini. So far nothing looks obviously damaged. You can watch live on their website or if you have NHK World as a TV channel they have put the coverage on those channels
http://www3.nhk.or.jp/nhkworld/

Update:
Quake epicenter was directly off the coast near Fukushima Daiichi
Sea Levels rising still
Highest waves at Ishinomaki port
Daiichi acceleration at the plant:
54.2 gal
68.4 gal
65.9 gal
TEPCO reports ok so far at Daiichi, Daini unit 3 spent fuel pool cooling tripped. Strong acceleration at Daini caused the pump trip and has been restarted.
*It will take hours for TEPCO to inspect all the facilities and tanks.
First tsunami at Daini 1 meter. 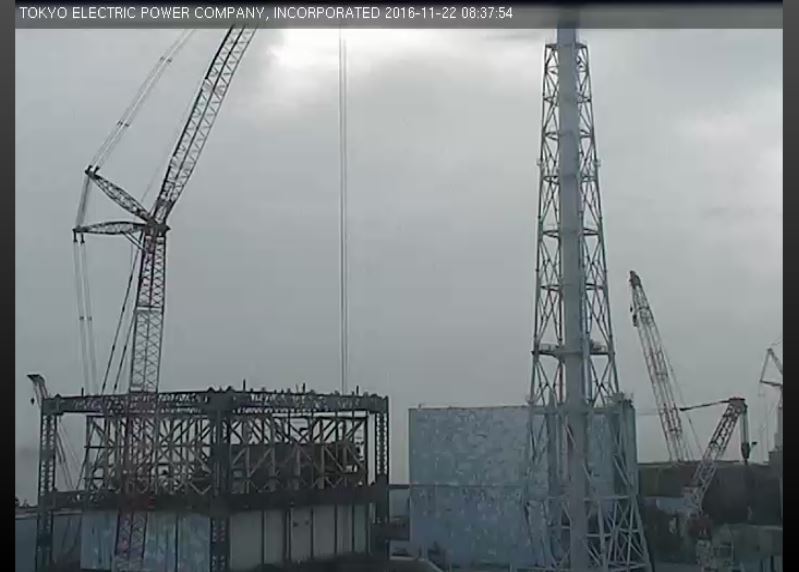 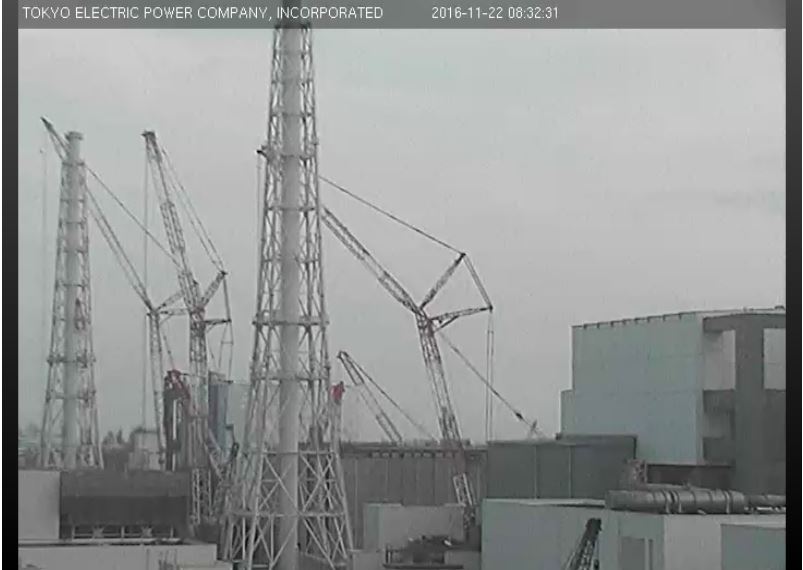 No word yet on status of the bolt together tanks at Fukushima Daiichi. This may take hours to inspect for leaks.
No word on reactor cooling status. Some spent fuel pool cooling was suspended then restarted but it was not clear for what units at Daiichi or Daini.
NHK reports tsunami risk remains and there may be multiple waves with each subsequent wave increasing in height and warns people to stay away from the coast.

Onahama port has also been hit. This is a staging location for tanks, the unit 3 fuel removal building and other large equipment for Fukushima Daiichi. No word yet on damage there.

This is a fluid situation with waves still hitting. We will add to this article as we know more information.