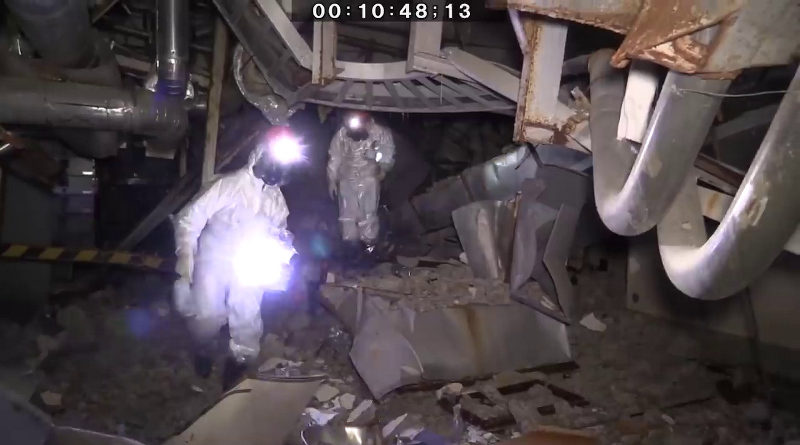 The coronavirus outbreak has had a far reaching impact, including at Fukushima Daiichi. As China grappled with the epicenter of the outbreak closing factories, the masks and Tyvek suits used by workers at Fukushima Daiichi are now in short supply. The same equipment is used by health care workers trying to protect themselves from the virus. Workers at Daiichi may have to resort to

wearing plastic rain gear according to TEPCO. There was no word what they will do if they run out of masks. The same N95 masks used to combat virus exposures are widely used at Daiichi in the lower contamination areas.(56) TEPCO later announced finding a domestic source of Tyvek suits. They won’t receive that new source of equipment until May. Replacement and reuse of some equipment is expected to continue into May. (57)

146 workers had contracted influenza at the plant as of the 3rd week in January 2020. There were 9 cases of norovirus during the same time period. Influenza cases are down vs. the same time period of the previous year. TEPCO provided free flu shots to workers this year but infections still remain a problem. Currently, TEPCO has not reported any coronavirus cases in connection with the plant site. (50)

Workers contaminated their socks by not following proper protocols, setting off a chain of contamination problems. A clean room in the unit 4 turbine building used as a control room for the reverse osmosis water filtration system was entered by a group of workers. Standard protocol is to change from dirty rubber boots worn outside to rubber boots reserved inside the clean room to reduce contamination levels in the room. Some workers took off their outside boots but then worked in their socks, claiming there were not enough boots in proper sizes. The workers contaminated their socks, their outdoor boots and areas of the changing room in the employee building. TEPCO says they will add more boots to the clean room. (58)

Current and former contract workers at Daiichi will now receive medical checks. Slightly more than 50% of eligible workers have participated to date. 21% of those screened required some form of additional medical care. (59)

TEPCO nuclear workers will receive a thyroid ultrasounds for the first time. Scans are at Daiichi, Daini and Kashiwazaki Kariwa nuclear plant sites. They did not clarify if these are only for current workers or all current and past workers. TEPCO does not clarify if the multiple sites are for worker convenience or specific to current workers at those sites. This may help identify thyroid cancers earlier, improving treatment. There was no word if this data will be made public.(60)

Workers at Daiichi continue to “expose out” of work at the plant. A worker cannot have a cumulative exposure dose of more than 100 mSv under the current rules. Many early workers at the plant reached their maximum exposure and had to quit

As work shifts to more dangerous efforts to manage fuel debris, additional measures are implemented to protect workers from internal

exposures. Inhalation of alpha radiation containing particles is one of the most damaging types of radioactive exposure. Air filters and other measures to lower radioactive dusts are being considered to reduce worker exposures in the reactor building areas. An emergency plan for internal exposures would include the ability to detect internal exposure by alpha radiation, something much harder to detect than gamma radiation.

mSv/year exposure dose limits used in previous years. The new work including fuel debris removal will need to be done while adhering to stricter exposure limits. In earlier years of the disaster, workers were known to have left their dosimeter behind while doing high radiation work. Contractors instructed workers to use various tactics to fake their radiation exposure to show lower than reality. One such tactic was using a lead plate in front of the chest pocket dosimeter. TEPCO took measures to make such cheating harder but we do not know if contractors have discovered new ways to game radiation exposure data systems. 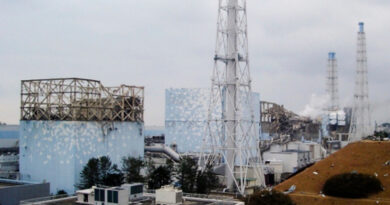 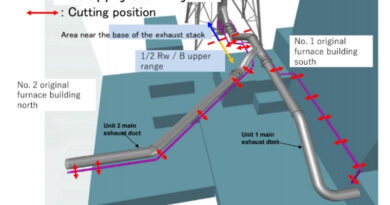