This is a story that has been going on since soon after the disaster. The authorities told people to evacuate but leave pets at home, that they would be able to return in a few days. That never happened.

What did happen is one of the worst animal disasters on record. All the pets and livestock in the evacuation zone were left to starve and die as many of them have. Over a year and a half later animal rescue groups continue to fight the government to do the humane thing and rescue the remaining surviving animals. The animal rescue groups have appealed to the government in many different ways and have tried to work within the governments brief attempt to appease the public on the animal abandonment issue. The government had not only been uncooperative they have purposely blocked efforts to rescue animals, providing no alternative except leaving animals in the zone to die.

The animal rescue groups have become increasingly organized and innovative, working together and employing new technologies. One effort was to install one way doors and video cameras in the homes where pets are still staying hoping for the owners to return. The door allows the pets in but not out. A supply of food and water is left so they can survive in the house until the rescuers return to retrieve the pet. A video camera  is activated broadcasting what is going on in the house. They will install this on the home of anyone requesting such for free to assist in retrieving pets. Everything from sheltered feeding stations to heated or cooled cat traps have been used by various groups in attempts to rescue the remaining pets. Compounding the problem is that many pets in the zone have had litters of puppies or kittens.

These various animal welfare groups and citizen rescue groups that have been created since the disaster run largely on donations and their own money driving to the zone, buying equipment and caring for the animals once rescued. Naoto Matsumura, the lone person living in Tomioka has been taking care of cattle abandoned in the zone. A nearby Buddhist monk has also helped create an animal sanctuary for the larger animals to safely live out their lives.  This has all been just another outcome of the nuclear disaster that the government has ignored and the people have had to literally fight their own government to deal with themselves.

On July 21st the Hoshi family and some other rescue groups attempted to enter the zone. Police under the direction of the offsite center surrounded them but the rescuers ran for the zone and spent the next 2 days evading the police in the evacuation zone. Through hide outs, various technology to find where the police are and night vision they were able to evade police and rescue a number of animals. The video below shows some of the events over the weekend. Updates were posted to their website here.

Six Months After Fukushima, US Fails To Learn Lessons 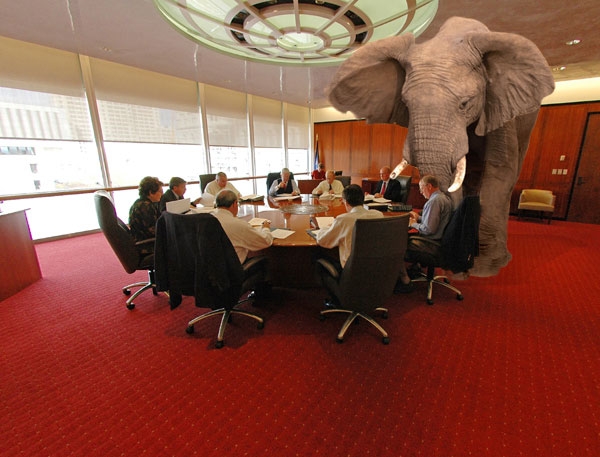 The Fukushima Elephant In The Room