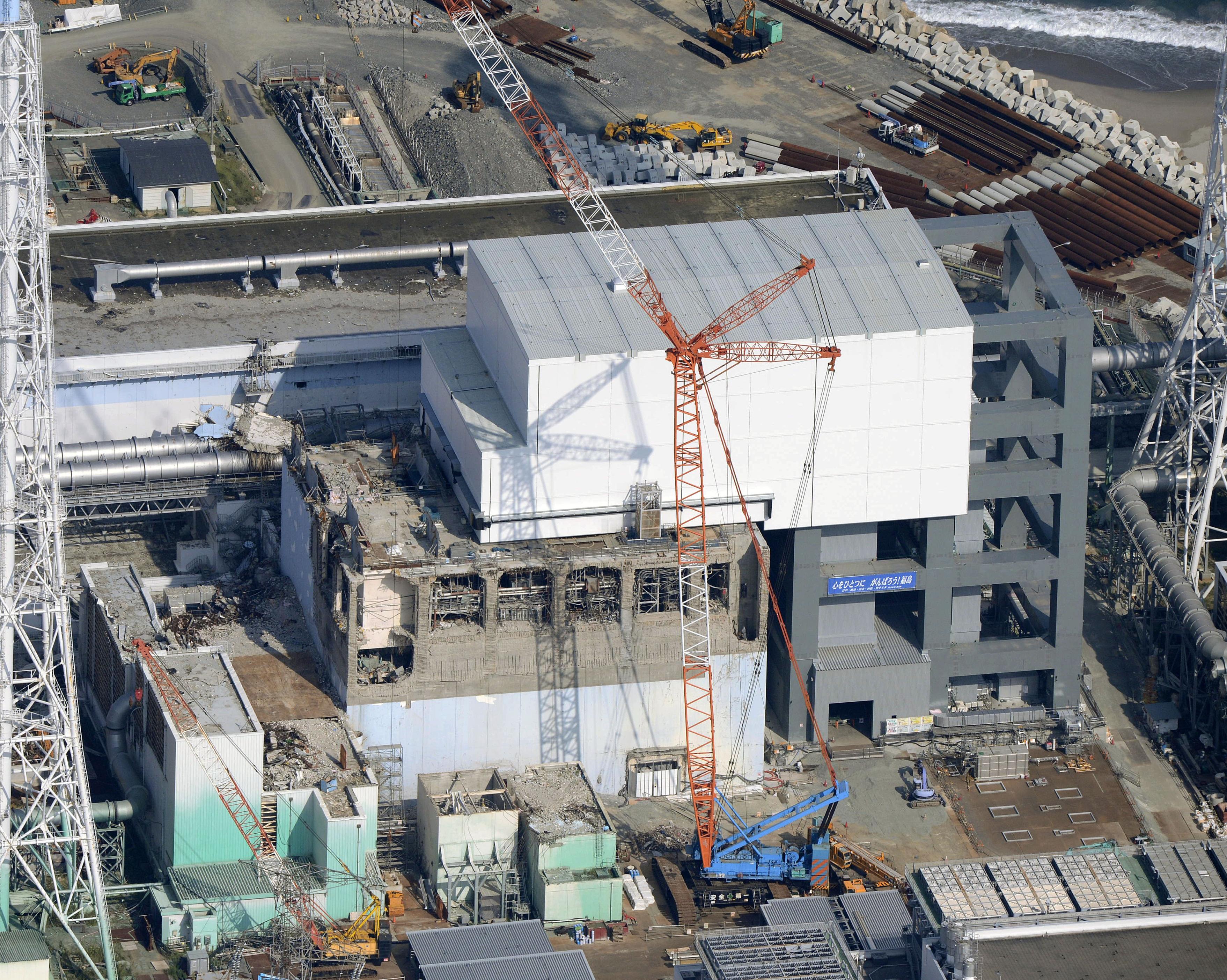 This report is now available in French at the Fukushima Blog (with our permission). Many thanks to Philippe for the translation effort.
http://fukushima.over-blog.fr/les-risques-de-la-r%C3%A9cup%C3%A9ration-du-combustible-de-l%E2%80%99unit%C3%A9-4-%C3%A0-fukushima

TEPCO plans to begin removing spent fuel from unit 4 this fall. This effort only came about after ongoing public outcry over the danger the damaged pool posed. The effort was accelerated and the defueling building installed this spring and summer. This will be the first of some very high risk work at the plant but is little understood by the public.

How It Will Be Done

The fuel removal process at unit 4 will be done under the new defueling building installed over the remains of the reactor building. TEPCO claims the building is somewhat sealed and contains its own HVAC system with exhaust filtration. This should cut down on any releases to the environment as long as it functions properly. While this building provides some protection for both the fuel pool and the outside environment it would not be robust enough to contain any serious accident. 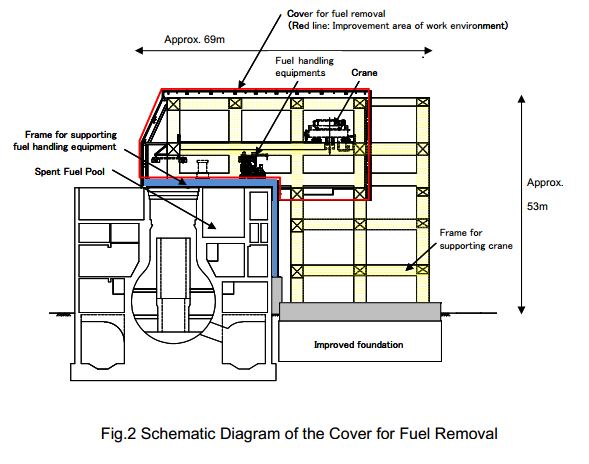 The building has two new cranes installed inside the steel framework. An overhead crane similar to what is used in a typical reactor building refueling floor for moving large equipment. It also includes a new fuel handling crane. The is the rig used to move fuel assemblies. TEPCO claims this is computerized as a normal fuel handling crane would be and that it can be operated remotely. 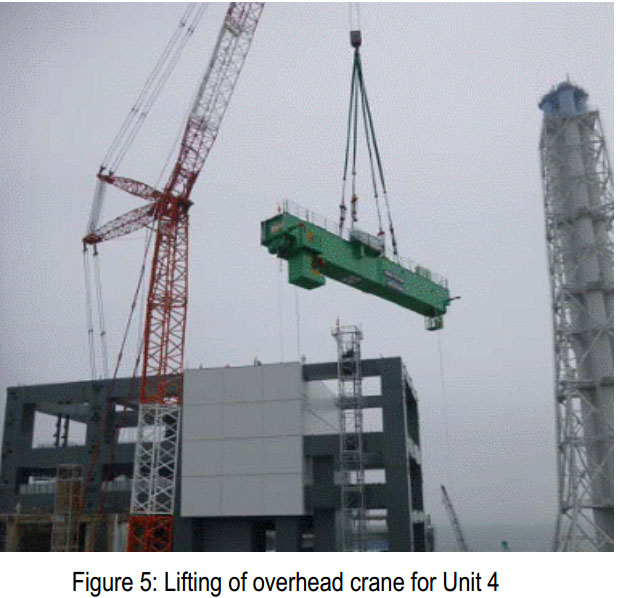 TEPCO plans to relocate some equipment out of the pool and clear as much debris as possible before fuel removal will commence. Then fuel will be inspected visually before removal is attempted. 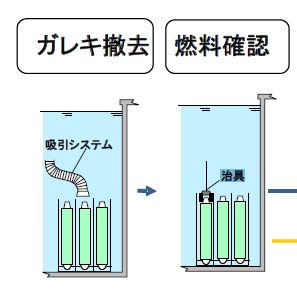 Once assemblies are removed they will be transferred to a fuel transfer cask. This cask will be lifted out of the pool by the overhead crane, secured and sent to the common pool for further storage and inspection. 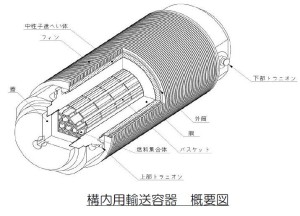 The stability of the unit 4 reactor building has been a major concern. Large portions of the upper floors were considered failed back in 2011. The building itself remains at risk for a catastrophic failure. TEPCO has insisted such a thing would not impact the containment structure or the spent fuel pool. Major failure could easily cause further damage to the spent fuel pool or structures needed to keep the pool and reactor well filled with water. TEPCO declared the building could withstand a significant quake but only by vertical shaking. Under further questioning they admitted this does not include horizontal shaking. This included the spent fuel pool.

The spent fuel pool was damaged during the initial quake and blast. Work was completed in 2011 to add additional concrete and supports along the pool edge where it meets the containment structure. The pool currently has an ad-hoc recirculating cooling system installed. This has been plagued by problems and outages that have allowed the pool to heat up. The pool is currently being kept below any boiling point. TEPCO installed a floating cover on the spent fuel pool when they began demolition of the remains of the 5th floor. This cover will have to be removed before work can begin to take out fuel. A thorough inspection of the pool has not been done since the cover was installed. TEPCO did do some additional review of the in pool debris in recent months. A detailed examination of the spent fuel pool liner has not been done to date.

The condition of the liner is critical to keeping the pool filled with water. The fuel gate that divides the spent fuel pool from the reactor well has an unknown status at this time. TEPCO cited it as leaking water during the early weeks of the disaster. It is assumed that the inflatable seals for the gate no longer work due to loss of power to the system or damage to the system that keeps those inflated. The current condition of the water chemistry in the spent fuel pool has not been documented by TEPCO. Work was done in 2012 to remove as much salt as possible from the water to lessen corrosion. The high salt (sodium chloride in the 1000’s ppm [= 0.1 % ]) content in the pool for an extended period of time likely corroded fuel assemblies and components in the pool.

TEPCO initially removed two unused fuel assemblies from the unit 4 spent fuel pool for inspection. They declared them slightly corroded but otherwise mostly sound. Small pieces of concrete debris were found lodged in the fuel assemblies. More recently TEPCO attempted some destructive testing on unused fuel assemblies. They dropped a 100kg weight on a fuel assembly to attempt to simulate falling debris. This destroyed the lifting handle and bent the fuel rods as can be seen in the image below. Fuel assembly parts were also found to corrode when left under conditions similar to the spent fuel pool where high temps and high salt content were an ongoing problem. To deal with the damaged lifting handles TEPCO has constructed a lifting jig they hope will allow them to remove the fuel assemblies with damaged lifting handles.

TEPCO’s damaged fuel assembly lifting jig. TEPCO did not mention if this lifting jig has been tested yet. 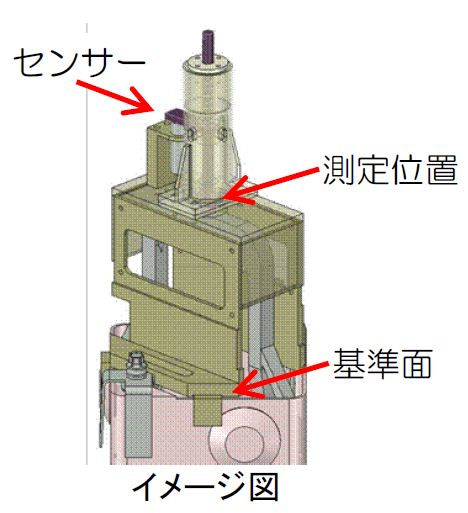 In the ongoing inspection work at unit 4’s spent fuel pool they found some of the fuel racks to be out of alignment. The boxes containing boron plates to prevent fission may have been damaged or knocked partially out of alignment in the process. Also noted in TEPCO’s inspection was that small pieces of concrete debris may have fallen into the racks and fuel assemblies. This can complicate fuel removal if the concrete pieces wedge between the assembly and the fuel rack. 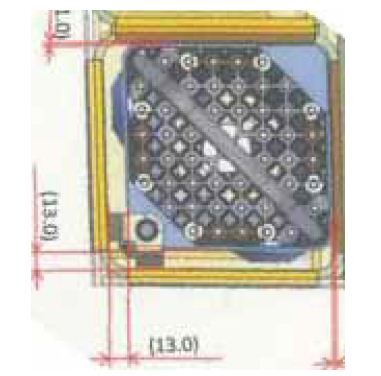 Additional problems from the heat, salt, hydrogen and blast damage all could have played a role in further damage of this fuel. It is also not known if any of the stored fuel had damage from before the disaster. Fuel that had existing cracks in the cladding or similar damage could have worsened in the last 2.5 years of abuse.

All of this damage potential will increase the risk of something going wrong during fuel removal. The biggest concern would be to have a fuel assembly break apart during removal, sending fuel pellets spilling into the pool. This could create a criticality situation or at least a release of radiation. Bent fuel assemblies or debris lodged in the racks could prevent the removal of a fuel assembly. Leaving an assembly in the pool would not be an option. Some method of removal would have to be created on the fly. This could pose a considerable challenge.

Human error poses a considerable risk factor for accidents involving fuel transfers. Procedural problems such as inadequate procedures to cover the tasks, inapplicable procedures or ignoring procedures can all create a situation for something to go wrong. Inadequate training or experience is considered a risk factor in the studies we reviewed. TEPCO’s reliance on an expendable and frequently untrained workforce could create a problem in this situation. Workers with extensive experience at the plant and with fuel handling would be best suited to do this work. Unfortunately, many of those workers are reaching their exposure maximums and can no longer work at the plant. Communication issues can cause increased safety risks. Remotely done work, working in full radiation suits and relying on headsets for communication have all been cited as potential problems. Remote work is never 100% clear. In the work done to date on unit 3 they have frequently used human spotters to aid the remote workers. Working in full radiation gear and face masks can limit vision and hearing. Visual inspections may be a challenge. Cameras and even water distortion can challenge obtaining a true and accurate view of the fuel in the pool.

General work challenges can pose risks to the safety of the process. Monotonous procedures can lead to failures. Time pressure where work is being rushed, as is the case with TEPCO’s short time table to removal unit 4’s fuel can create situations where accidents occur. Extended or unusual hours can cause worker issues as can something as simple as a sick worker. In the case of work at Fukushima Daiichi, heat and cold have played a considerable role in the ability of workers to function. Without any sort of climate control for the defueling building, work could be sweltering hot or freezing cold depending on the time of year. Team work issues can cause problems if workers are unwilling to challenge another workers assumptions, allowing an error to continue. Inadequate team coordination or an over reliance on one or few workers can also pose risks. This is a potential situation if you have one experienced worker leading a team of inexperienced workers. A well functioning, properly trained team is essential to making sure these operations go on without error.

Crane failures and cask drops are considered high risk in nuclear plants on a good day. The even more challenging scenario at unit 4 exacerbates these risks. Crane drop accidents are most commonly caused by rigging failures. This involves the manual connection of the crane to the object being lifted. Failure to follow procedure or a lack of maintenance are considered risk for crane failure type accidents. The highest risk would be a cask drop from the crane before the cask is fully secured and sealed. This could lead to unshielded spent fuel causing the release of radioactivity at the plant and deadly exposure to any nearby workers. Fuel assemblies not shielded by water or falling out of the cask could cause this situation. Having a cask fall from the crane could also damage any floor below that it strikes. This could disable equipment needed to respond to the problem. In the situation of unit 4 it could do considerable damage to the spent fuel pool or the refueling floor around the pool. Both areas are already degraded from previous damage. Unit 4 fuel testing.

TEPCO has not documented any effort to review the risks for this work. No risk assessment or effort to identify and mitigate potential risks has been shown. This includes any back up procedures in case something were to go wrong. This is extremely high risk work with the potential to injure workers, render access to the site impossible or spread more radiation to the wider environment. There must be a clear effort to anticipate the risks and transparently disclose this to the international public.

COPYRIGHT: SimplyInfo.org
Republishing without prior permission is not permitted. 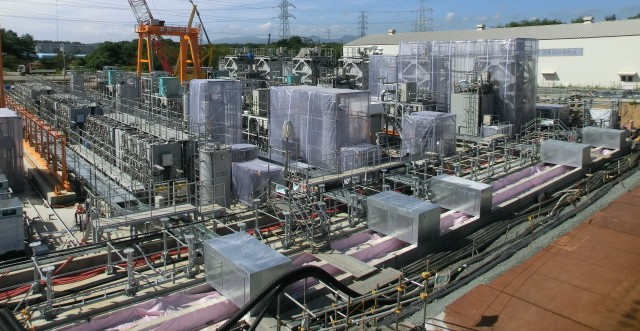 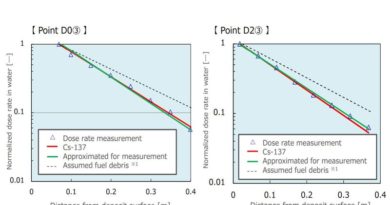 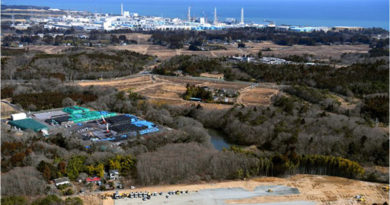 91 Bags Of Contaminated Fukushima Soil Washed Away In Typhoon