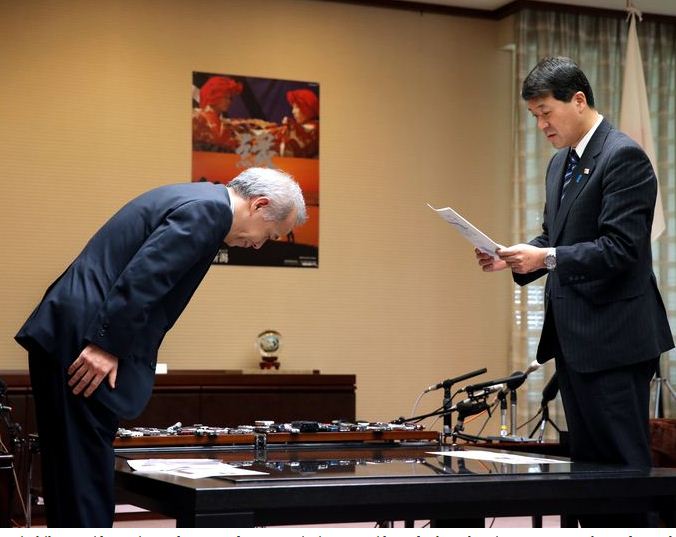 Chubu Electric has said they will apply for a restart inspection for unit 4 at their Hamaoka Nuclear plant. Unit 4 may be the only reactor they could restart. Unit 5 had the condenser fail and 5 tons of seawater flowed into the reactor. Units 1 and 2 were shut down permanently years earlier after it was determined they were not sound enough to endure an earthquake. The ability of Chubu to obtain restart permission may hinge on the fact that the plant sits on a subduction zone and is assumed to have an 87% chance of being hit with an 8.0 or higher quake in the next 30 years.

A local technology institute and JNES have promoted a new nuclear evacuation software program. This new software was shown to the media using TEPCO’s Kashiwazaki Kariwa nuclear plant and the local evacuation area as an example. Of course this would have nothing to do with the mounting pressure on the Niigata governor to approve a restart at the plant or the government plan to make TEPCO profitable by restarting these reactors. The new program TiPeez would use previously programmed evacuation routes and the assumed potential for things like bridge failures to tell people where to try to flee.

The article mentions the program being used on a personal computer. They do not clarify if this would work on mobile devices or non-smart phones with internet capability. During the 2011 disaster phones were frequently the only source of functioning internet capability. In the worst hit areas there was nothing. Phones managed to work in some areas due to not needing the grid power in the area to work. As long as cell towers could get the signal to working equipment and the phone had battery people could communicate. This program may be more for show than of benefit during an actual disaster. In the 2011 disaster SPEEDI radiation prediction data was withheld from the public and local governments. Many of the monitoring stations could not transmit data. So real time updates to TiPeez may not actually take place in a disaster. The program could potentially send people into danger as we saw with confused directives in 2011.

The Niigata governor appears to have caved at least in part on his resistance to allowing TEPCO to restart reactors at Kashiwazaki Kariwa. He has given permission for a TEPCO plan that involved the filtered vents they installed at the plant in Niigata. The governor wants a formal agreement that TEPCO could only use those vents by obtaining permission from the prefecture first. What is not clear is if his approval is only for the use of the filtered vents or for the restart itself.

What Is Going On At Fukushima Daiichi Right Now