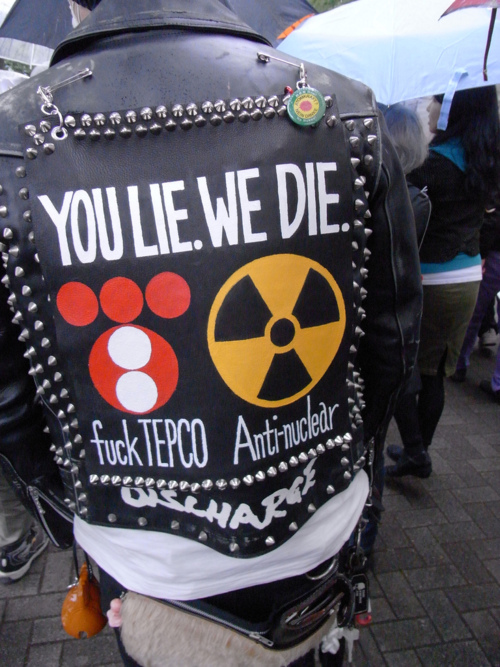 So what happens to TEPCO? It is painfully obvious to anyone paying attention that the corporate management structure is incompetent and incapable of change. Skilled workers have been fleeing, workers at the plant are hitting their exposure maximums. Meanwhile the head of TEPCO’s solution to their ineptitude is more employee lounges. Even after a public berating last week of the companies focus on restarting Kashiwazaki Kariwa nuclear plant over dealing with the disaster at Fukushima Daiichi, nothing has changed. Currently more TEPCO workers are on site at Kashiwazaki Kariwa preparing for a hopeful restart of that plant, than are at Fukushima Daiichi. If you need a reminder of the depths of TEPCO’s corruption, this Asahi Shimbun article should refresh your memory. The companies credibility is at zero, a recent claim that contamination wasn’t leaving the plant was dismissed as being silly.

There is growing talk about allowing TEPCO to fall into bankruptcy. The NRA has serious concerns about allowing TEPCO to even operate another nuclear plant with their current failure rate at Daiichi. There has been talk out of the political factions including some in the LDP that maybe nuclear restarts really are a bad idea. Japan’s current government has been completely against any discussion of letting TEPCO finally die a natural death. The LDP is currently proposing allowing TEPCO to split into two companies. One to go run Kashiwazaki Kariwa and TEPCO’s other assets and another to be “Bad TEPCO” and handle the disaster at Fukushima Daiichi. There is no real explanation of how this would work and how injured parties would be compensated under this plan. It has met with obvious criticism. Of course there are worries this would allow TEPCO to skip the consequences of their actions and allow a dangerously incompetent company to live on.

Colin Jones explains why the Japanese government is so keen to keep TEPCO on life support and in charge of the disaster in Fukushima. It gives them a convenient scapegoat and allows the government to continue to absolve themselves of their responsibility for this mess. This has some historical roots in Japan’s government system that Jones explains in detail.

TEPCO’s most recent earnings statement included a slight of hand where government money for compensation was temporarily parked in TEPCO’s finances at just the right time to make the company appear profitable. The companies current debts are five times the companies equity. Future liabilities from the disaster remain unknown and defy any real projection. Big banks were convinced to extend TEPCO lines of credit and were convinced to extend these further while the government clings to the plan to revive TEPCO. Most stable investments have fled TEPCO, leaving mostly hedge funds and high risk investors holding TEPCO stock. One reason the government has cited for not allowing TEPCO to go into bankruptcy is that asset sales would go to compensate investors first and evacuees after that. The government has made no move to make TEPCO sell off assets to directly pay compensation. TEPCO has been selling off some assets like real estate to try to keep cash coming in.

All of this may come to a head based on restarts or lack of them at Kashiwazaki Kariwa, or another big problem at Fukushima Daiichi. Another big blow to the plan could force the Japanese government to face what they have been unwilling to so far.